Admit it, if you saw a person who looked exactly like you, you’d at least walk up to them to say ‘hi.’ So when Bethany Coleman took her dog, Rogue, for a walk and they noticed a pup that looked identical to the one she had on a leash, naturally, they introduced themselves. 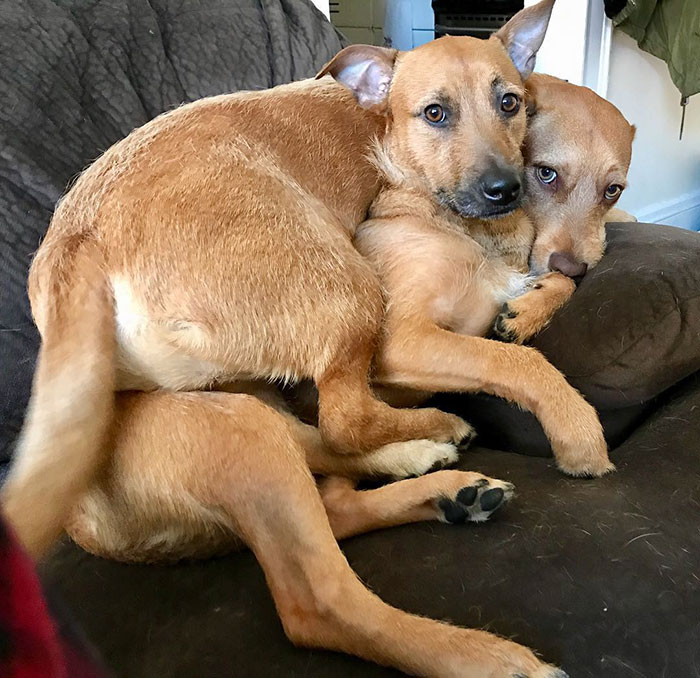 “Rogue and I were out for a nice long walk to our local farmers market when we saw Beast,” Coleman told Bored Panda. “He was there with Last Hope K9 Rescue and a bunch of other dogs that were all up for adoption. What made me want to rescue Beast over the other dogs was that he looked just like Rogue. They’re both cairn terrier mixes, Rogue’s mom was a lab/pit mix and her dad a cairn and with Beast we’re just not sure, it just has cairn mix I. His paperwork but we think he’s mixed with Basset due to his body type, he looks like a pig and has even been mistaken for a pig a couple times.” 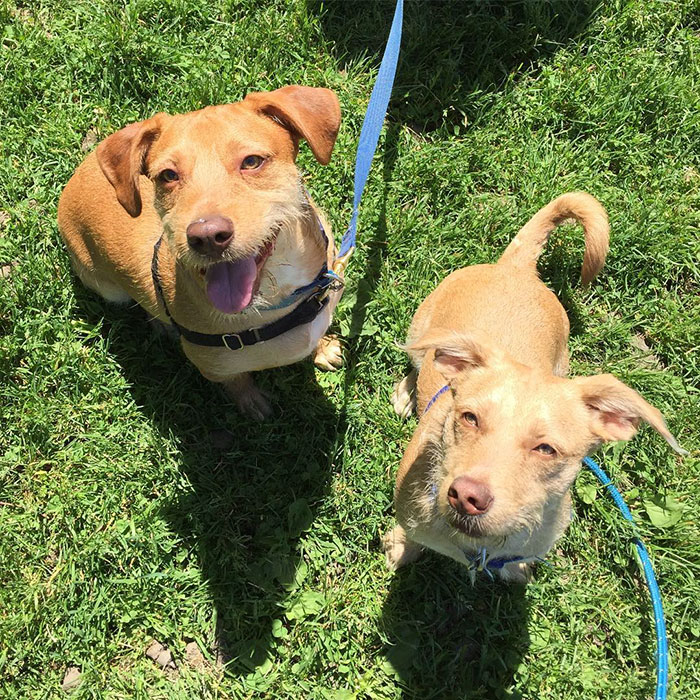 At the time, Bethany wasn’t really thinking about getting another pet. “Tyson, my boyfriend aka the dad, really wanted another dog but I was so against the idea. We already had 2 senior cats that I brought into the relationship and our puppy Rogue. I was not about to add one more animal to the mix, who in the right mind would ever let us rent an apartment from them.”

But she couldn’t help it. “I just instantly fell in love with him!” she added. “He was Rogue’s twin! They also got along and immediately started playing with one another. So right then and there I started filling out the paperwork. I even have the first picture ever of him when he was at the market.” 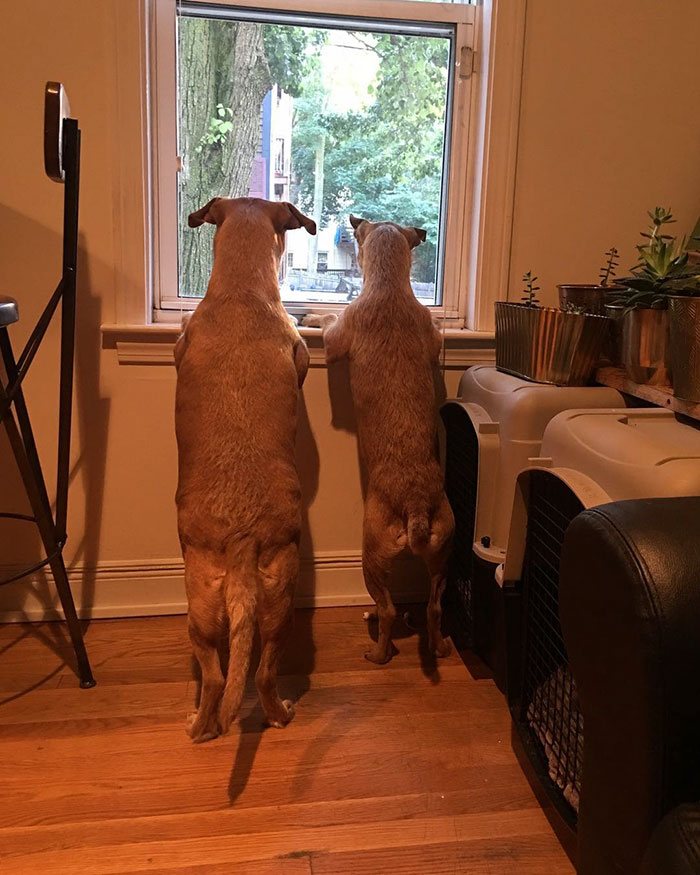 After they took Beast home, the big boy started to assert dominance but was instantly put in his place by the tiny pup. “It took about a month for everyone, including the cats, to find their groove,” Bethany said. “To be fair we got them the same exact toys thinking that would solve everything. Nope! Rogue always and actually to this day wants whatever Beast has. It’s funny to watch when we give them treats. Halfway through whatever it is they’ll switch and go for each other’s toy. But at heart, they’re best friends!”

Now living in Hawaii, the family couldn’t be happier. Playing in the sand and waves, Beast is the perfect beach dog. Rogue loves annoying the crabs but if she will runs into the ocean, she swims and swims. “We’re gonna also get her a life jacket but teach her how to surf on a boogie board.” 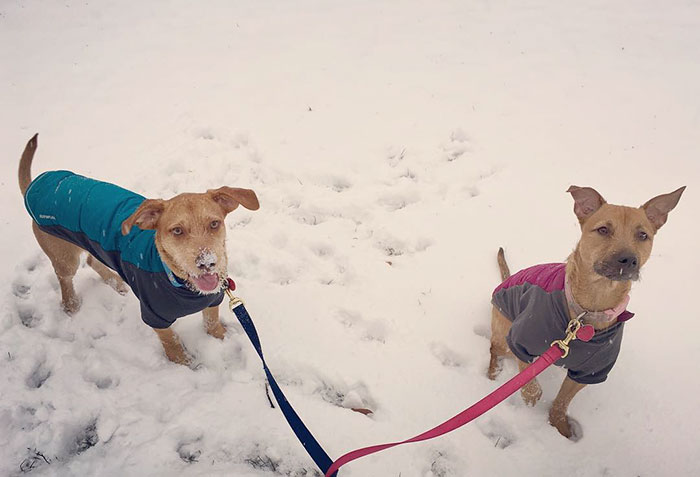