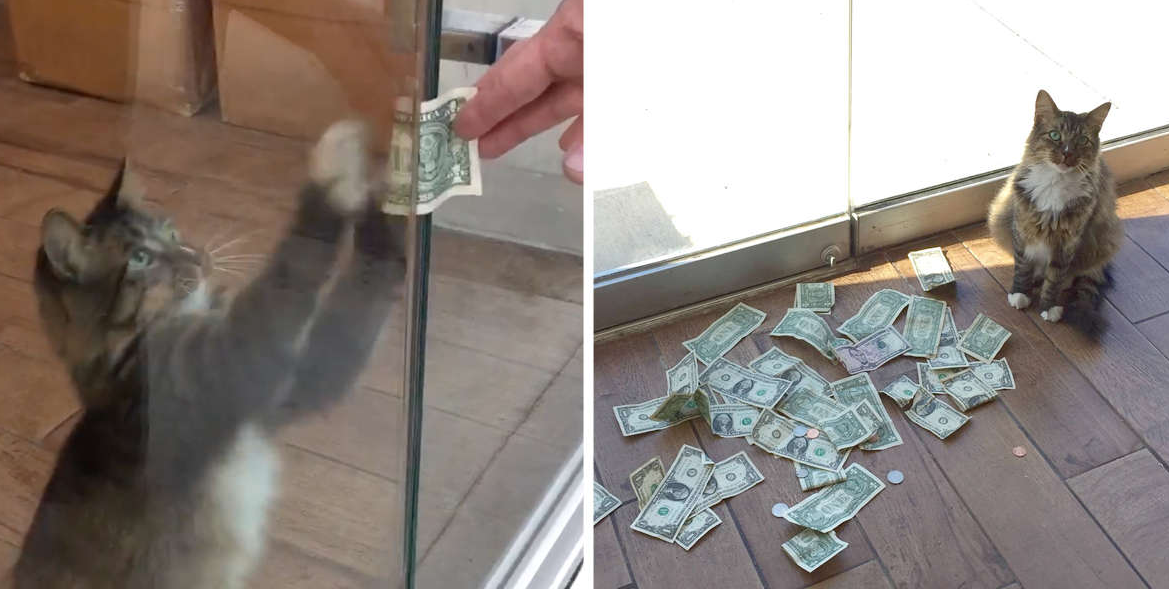 Nothing gets by Sir Whines-A-Lot. Well, certainly not any dollar bills. 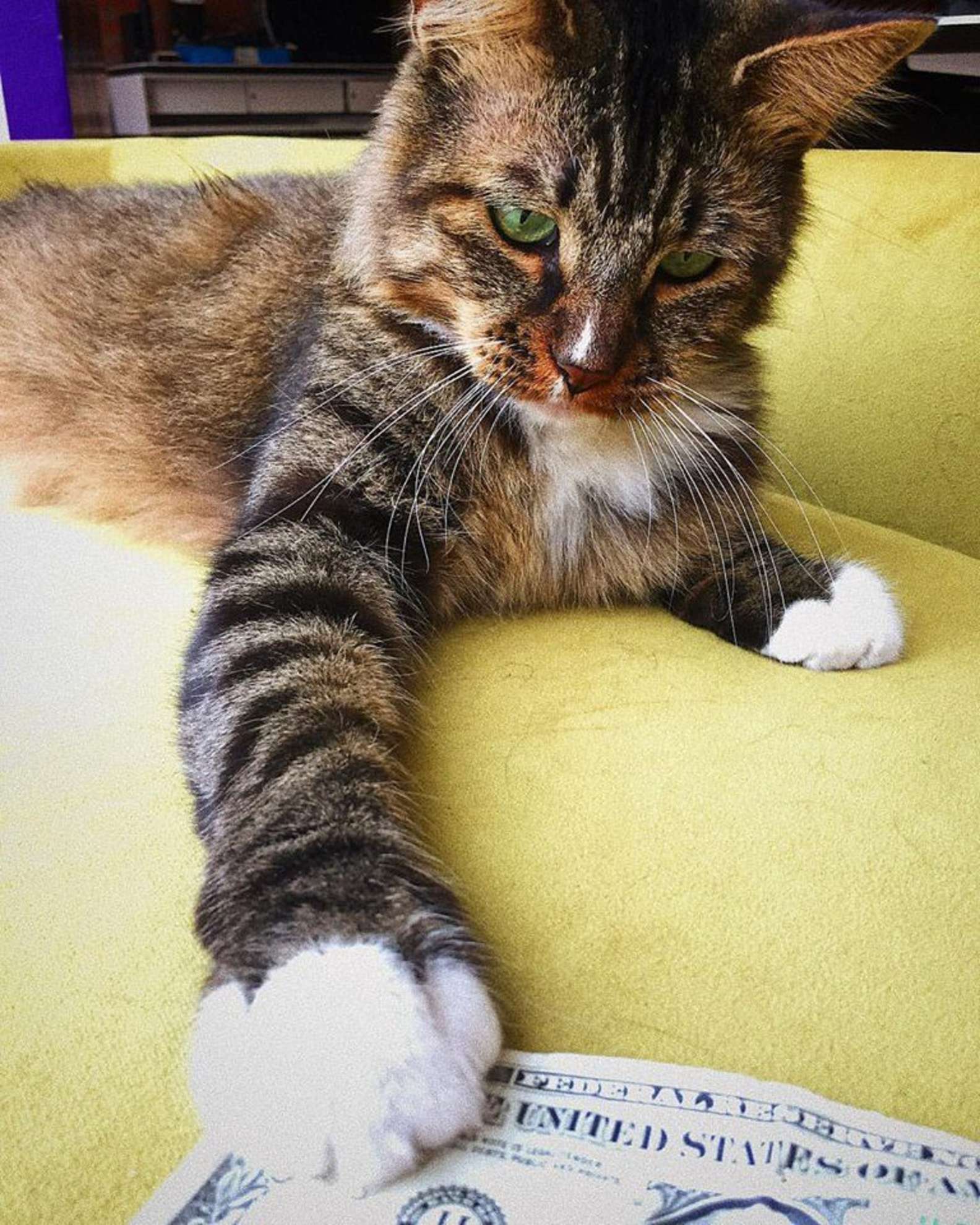 The lovable rescue kitty has been making quite a name for himself around the office of marketing firm GuRuStu, where he lives full time in downtown Tulsa, Oklahoma. During the day, he’s your typical feline employee, happy to offer a pleasant break for his colleagues, or hop atop their keyboard to send garbled emails on their behalf.

It’s in the evening time, however, that Sir Whines-A-Lot’s real work begins. 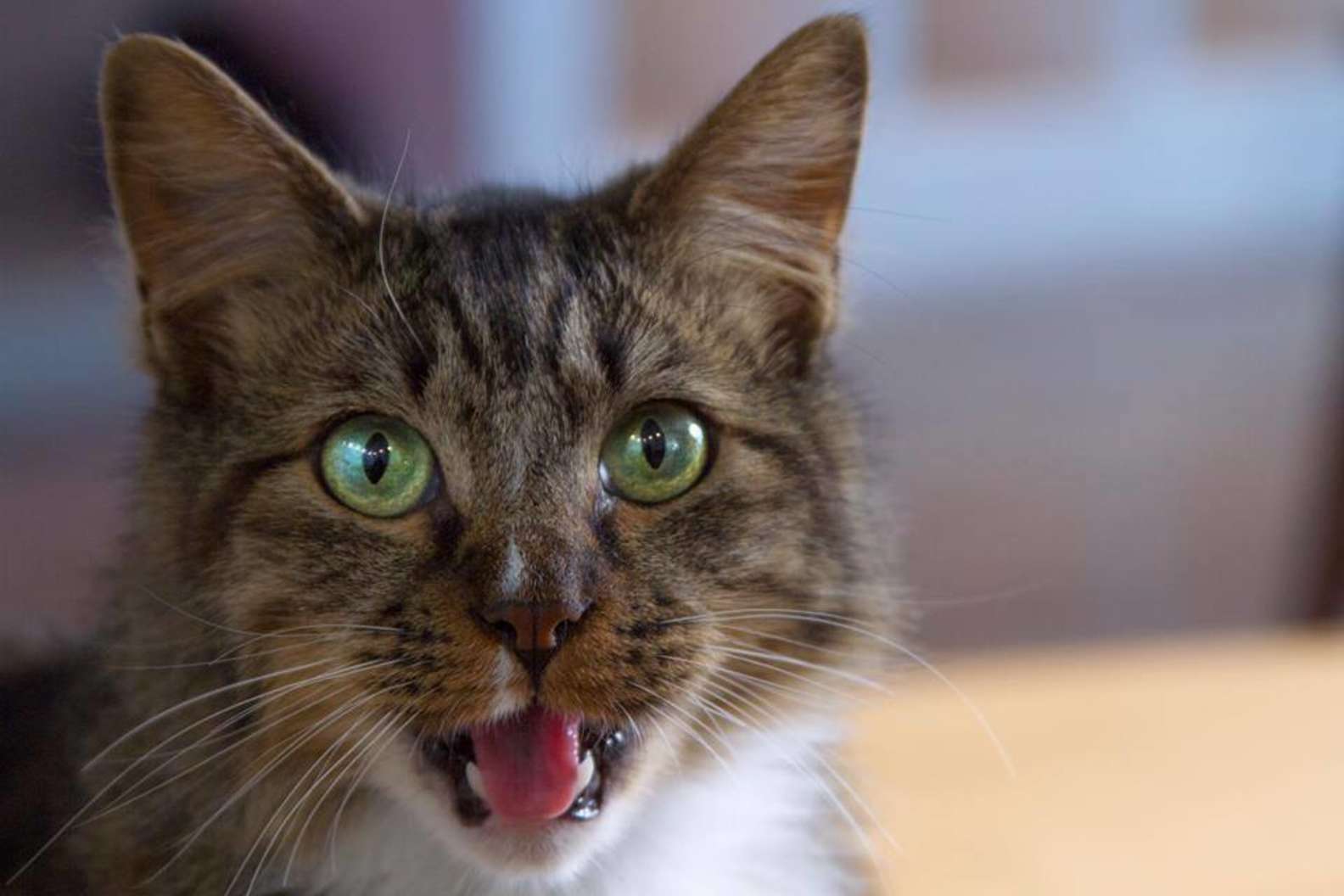 Upon returning to work one morning, GuRuStu founder Stuart McDaniel noticed some cash on the floor near the glass door where Sir Whines-A-Lot likes to sunbathe and people-watch.

How the money got there was a mystery — one that only grew deeper. 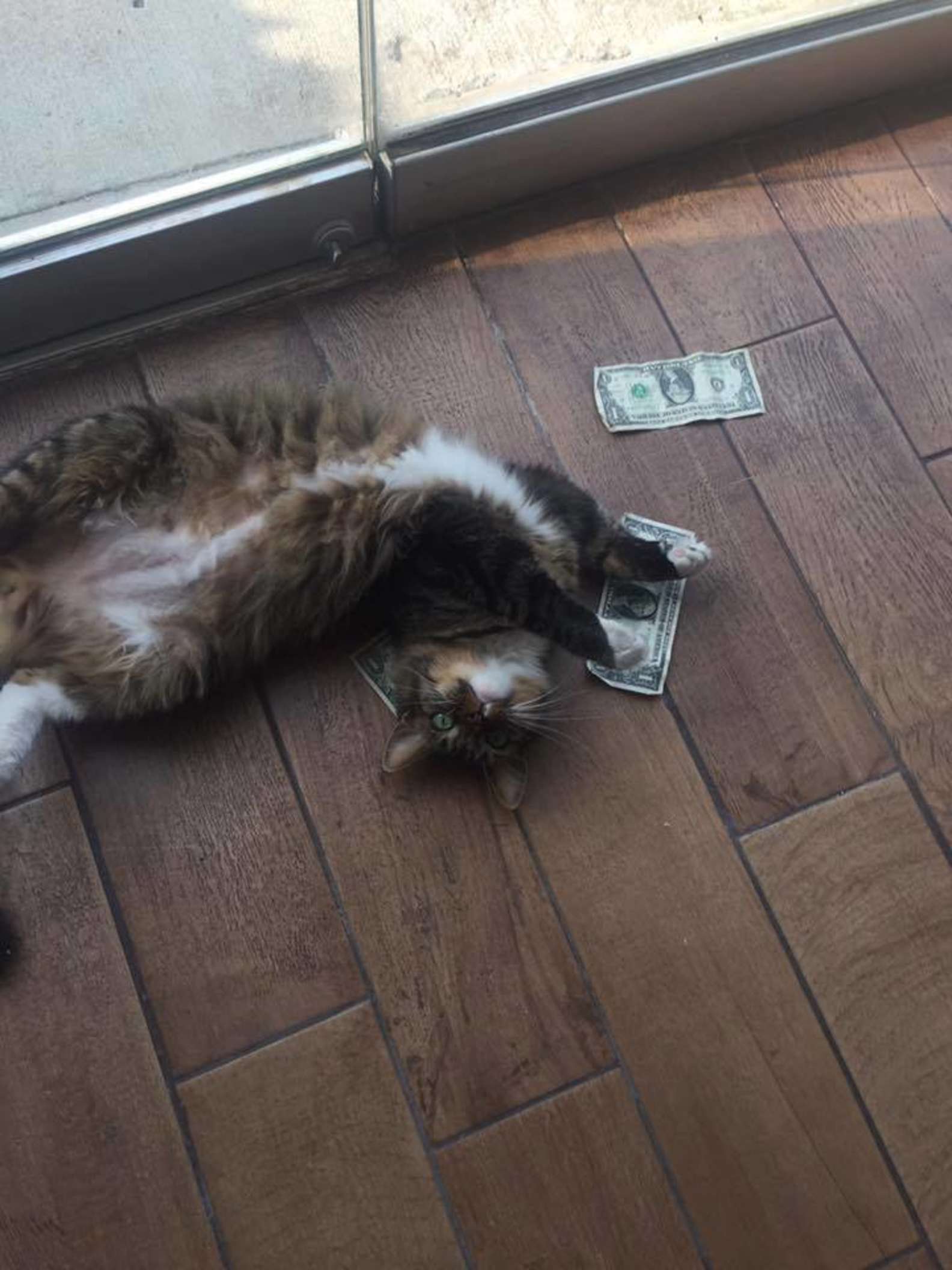 “It kept happening, but we didn’t know why. So we decided to test a theory,” McDaniel told The Dodo. “We tried sliding money through the gap in the door, and the cat hopped up and snatched it.”

Turns out, Sir Whines-A-Lot had been procuring all that cash himself at night while he has the run of the place. And the money just continued adding up. 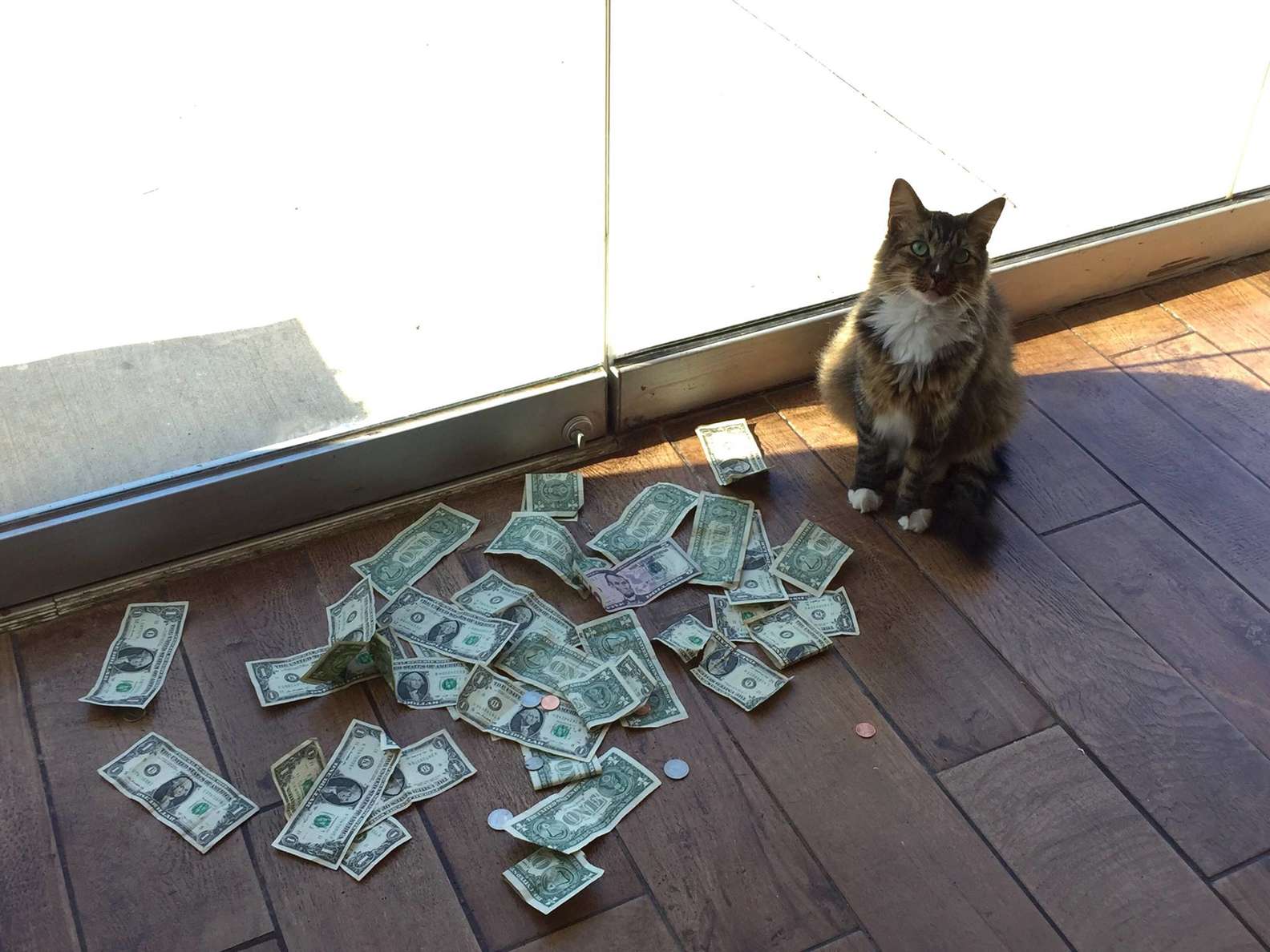 McDaniel surmised that Sir Whines-A-Lot had been luring passersby to the glass while his coworkers weren’t around, prompting them to try to interact with him through the slot. In that scenario, a bill would make for a convenient cat toy.

“I’m guessing the first people didn’t intend to lose their dollar,” McDaniel said. “They probably put it in to mess with him, and he snatched it. When you hold money there, he’ll bat at it playfully at first, like, ‘Oh, that’s kinda fun.’ But then all of a sudden he’ll bite it and rip it from your hand. He does it so fast, you don’t even realize what’s happened.”

In time, the cat’s cash-grabbing tendencies became a local attraction. Before long, more and more people began toying with Sir Whines-A-Lot with moola — moola that they ultimately lose.

“It’s become a game. It costs you a dollar to play, ’cause the cat’s going to get your money,” McDaniel said.

This game is so easy for Sir Whines-A-Lot, it must feel to him a bit like stealing. 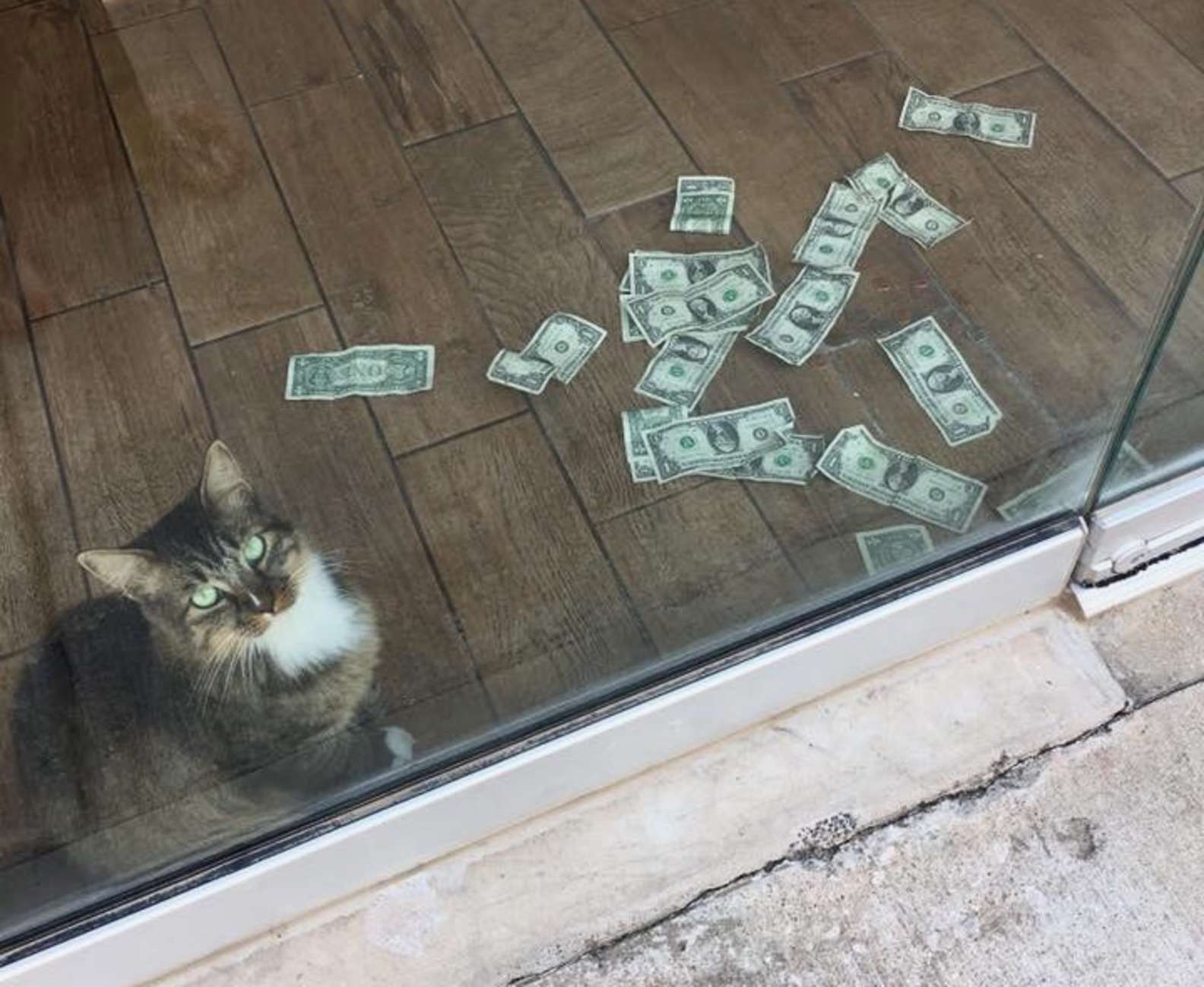 “When the money comes through, he pats it. Like, ‘This is my money now,’” McDaniel said. “He’ll even wallow in it — like, rolling in the dough. He’ll literally roll around in it. I’ve never seen anything like it.” 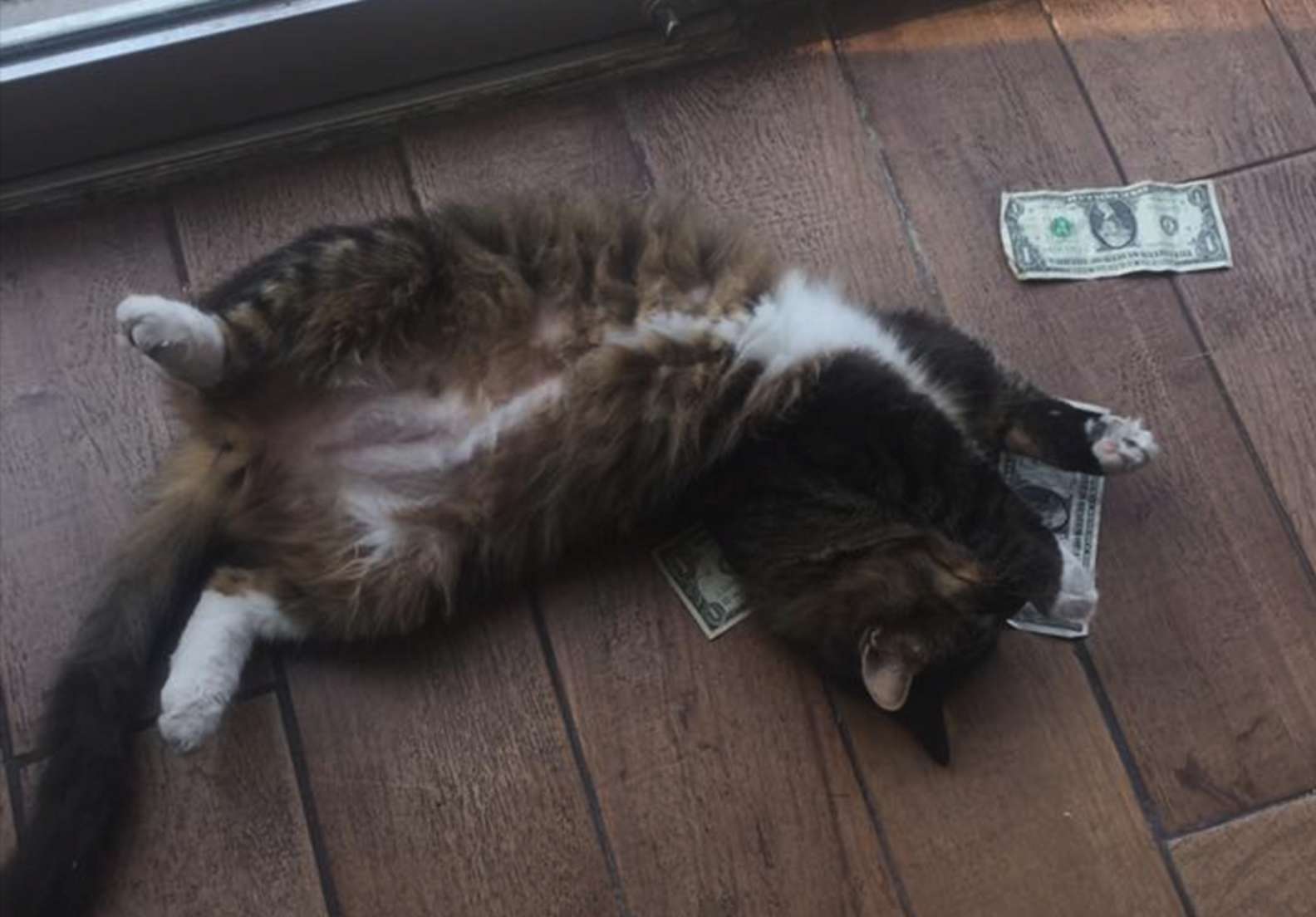 Seeing as how their office pet was raking in the dough at night, McDaniel decided it should be put to some good use. He’s begun donating it to a charity helping the city’s homeless population. He figured Sir Whines-A-Lot would approve.

“He was homeless once, so it seems fitting,” McDaniel said.

So far, Sir Whines-A-Lot has raised over $100 — donated under his pseudonym: CASHnip Kitty. 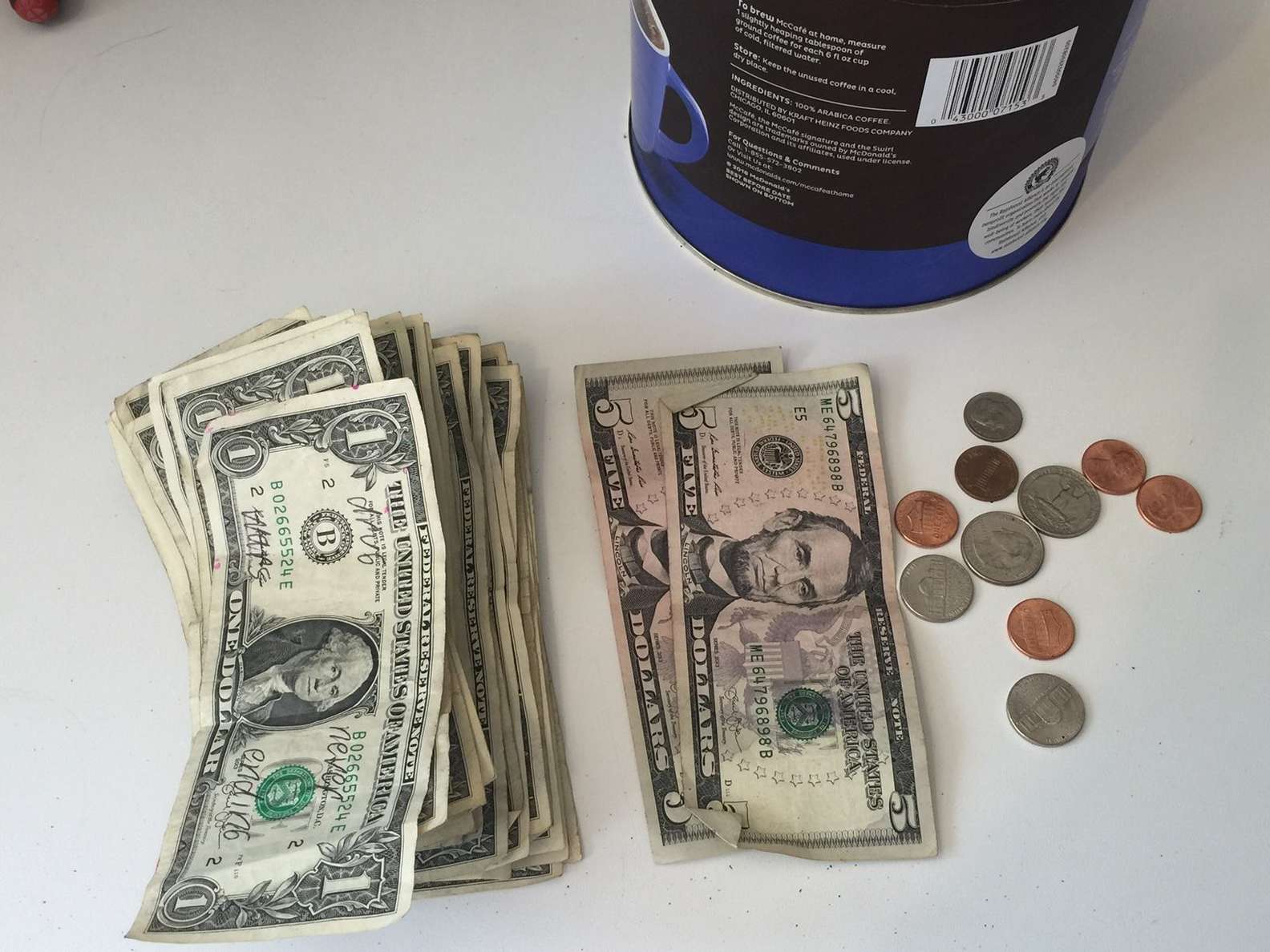 McDaniels expects that, as word gets out, more people will be going out of their way to have their money be snatched by Sir Whines-A-Lot. And the cat will happily take it off their hands:

“He’s clearly enjoying the attention,” McDaniel said. “As long as he wants to do it, we’ll keep letting him.”

No one could have guessed that their chubby office cat would start moonlighting as a philanthropist, but it’s only made them love him more. 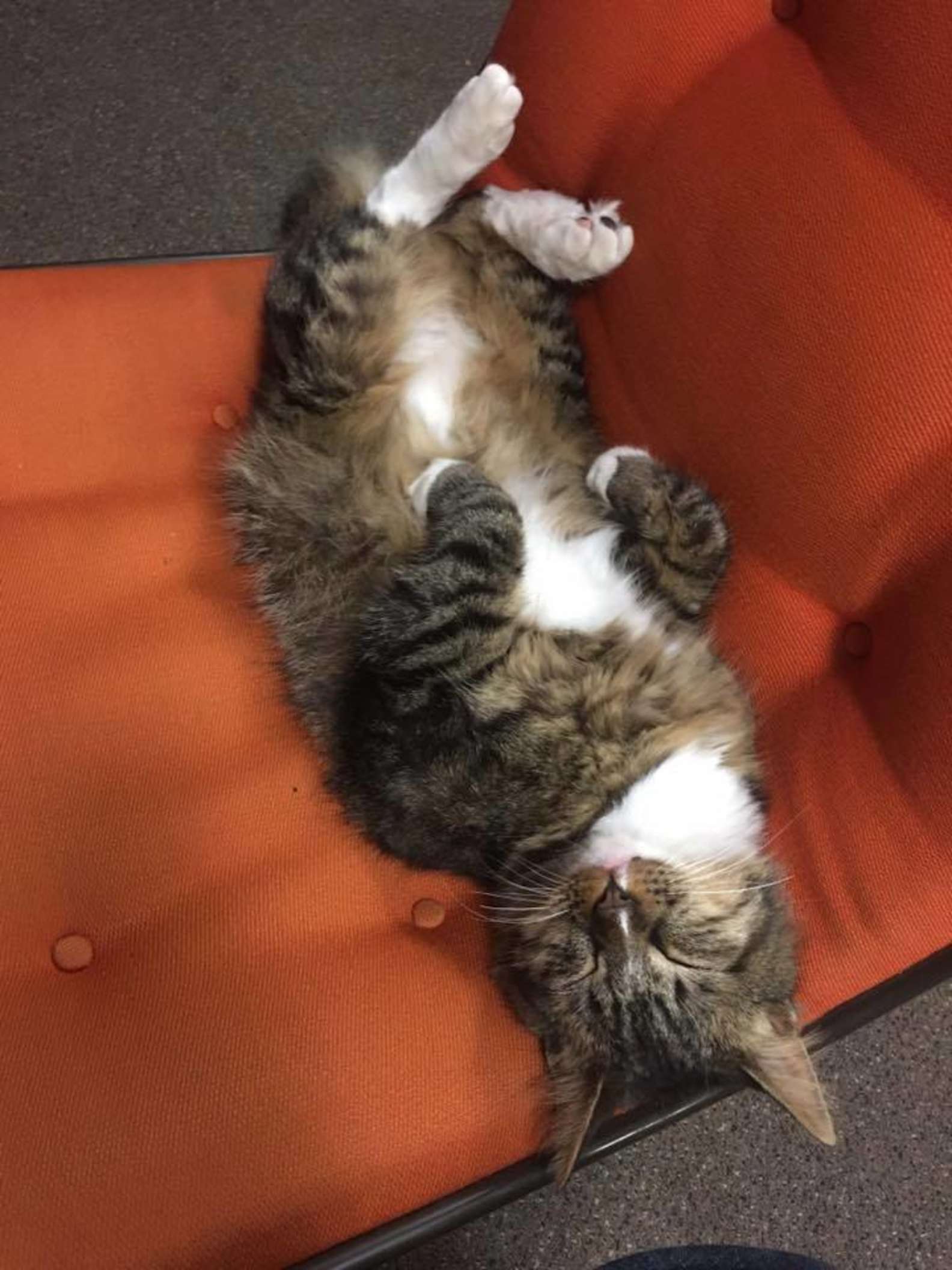 “He was once just a goofy cat, but now we have a lot more respect for him. He’s doing his part,” McDaniel said. “I’d recommend other businesses have pets at their office — but I’ve never met a cat quite like him.”