He could have run, but she would’ve caught up pretty fast.

Instead, one photographer remained calm as he allowed a mother cheetah to approach him and then proceed to lick his toe.

The photographer, Kim Wolhuter, took these photos after spending six weeks with the cheetah and her cubs in the Mashatu Game Reserve in Botswana. 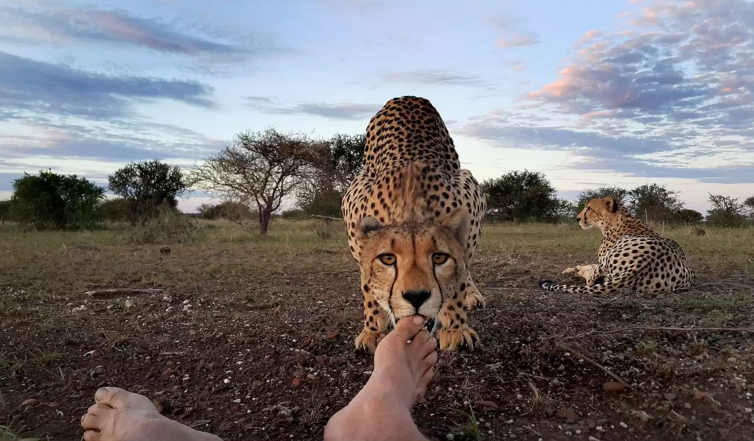 During that time, Wolhuter gained the mother cheetah’s trust and piqued her interest enough for her to see how he tasted.

But he wasn’t afraid. Wolhuter compared the big cat’s actions to her domestic counterpart.

“She seemed to be testing me like a domestic cat would do with its owner. At no stage was I concerned, there was nothing threatening in her behavior,” Wolhuter said in the Daily Mail. “She was curious and trusting, so it was important that I conveyed the same feelings and be as confident as possible in what I was doing.” 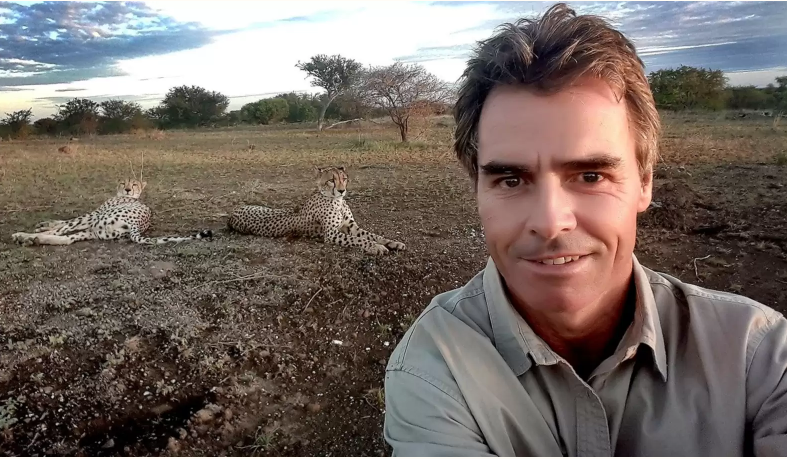 He even managed to take a selfie with two of the cheetahs, all without frightening the animals or making them feel threatened. In fact, all three seem pretty relaxed.

With the ability to go from 0 to 60 miles per hour in 3 seconds and maintain speeds as high as 70 miles per hour, cheetahs could easily keep up with your car on the freeway. Yet, their speed and agility haven’t freed them from the threats facing wildlife today.

Over the past 100 years, the wild cheetah population has taken a major blow. From about 100,000 in the 1900s, the cheetah population in Africa has dropped to an estimated 9,000 to 12,000 today due to habitat loss, trophy hunting and the illegal wildlife trade.

There are a few sparse populations living in the wild outside of Africa, but they are few and far between. There are less than 200 wild cheetahs remaining in all of Iran, according to Defenders of Wildlife.

In his photos, Wolhuter demonstrates a better way to enjoy wild animals. He admires the beauty of wildlife while never endangering it.

Of course, not just anyone could do what Wolhuter did in these photos. (Selfies, in particular, are ill-advised for almost anyone.) Dealing with wildlife requires a sense of calm and a great deal of patience. But Wolhuter has had plenty of experience in potentially life-threatening scenarios.