One of the internet’s favorite photos of Albert Einstein features the iconic scientist sticking his tongue out at the camera and showing his light-hearted side. 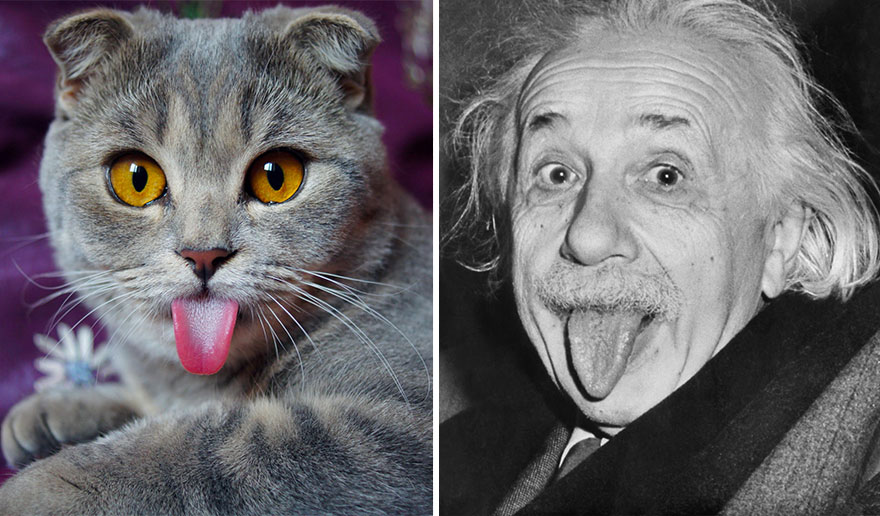 This adorable kitty in Russia named Melissa looks just like Einstein’s famous photo when she sticks her tongue, which is pretty much all the time! 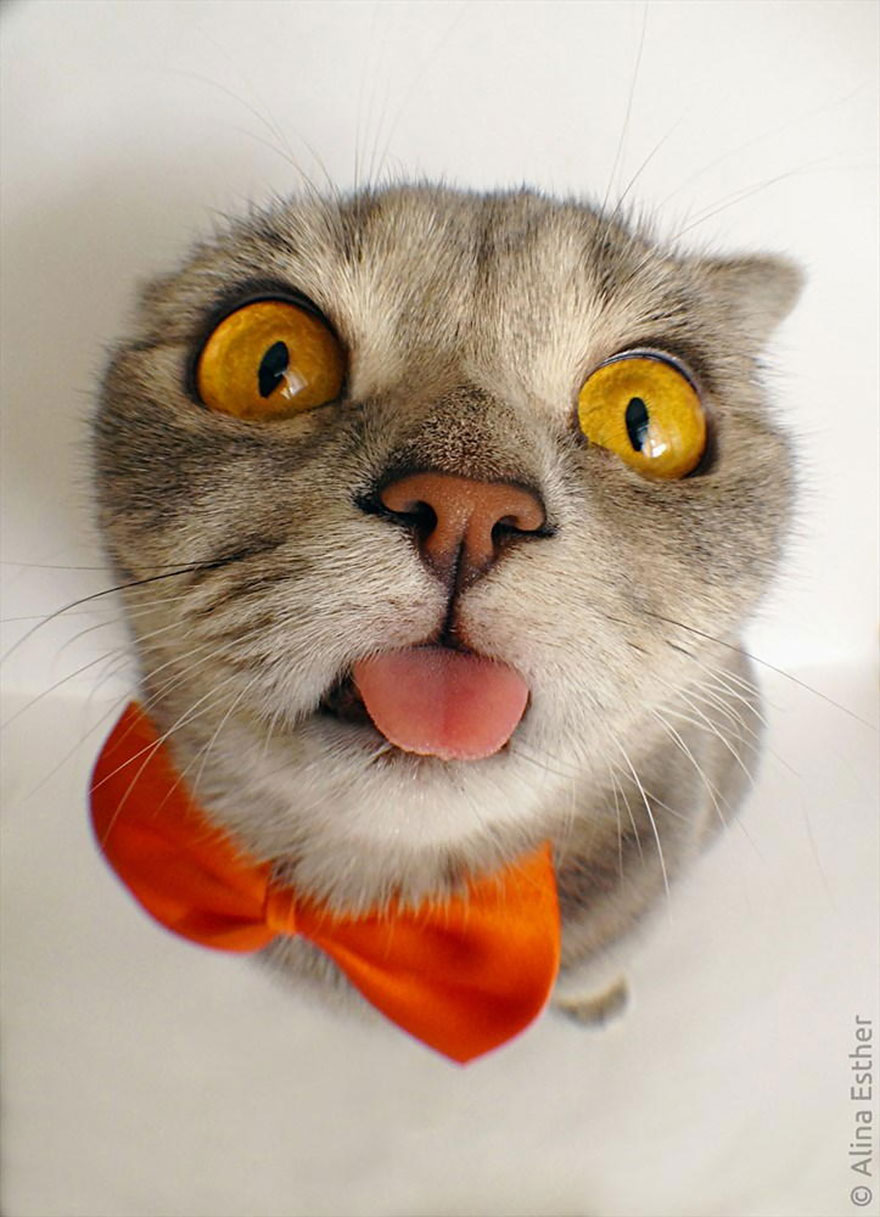 Melissa, a Scottish fold, belongs to Alina Esther, a photographer in Russia. Some cats stick their tongue out because they are missing teeth, but Esther says this isn’t the case, and that all of Melissa’s teeth are intact. 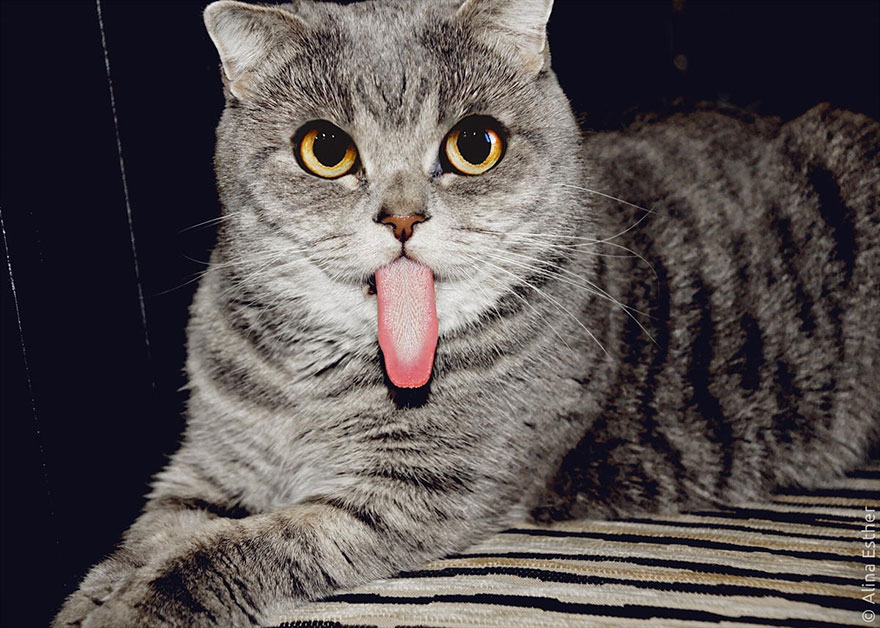 Another internet celebrity, Lil’ Bub, sticks his tongue out because he’s missing some teeth. 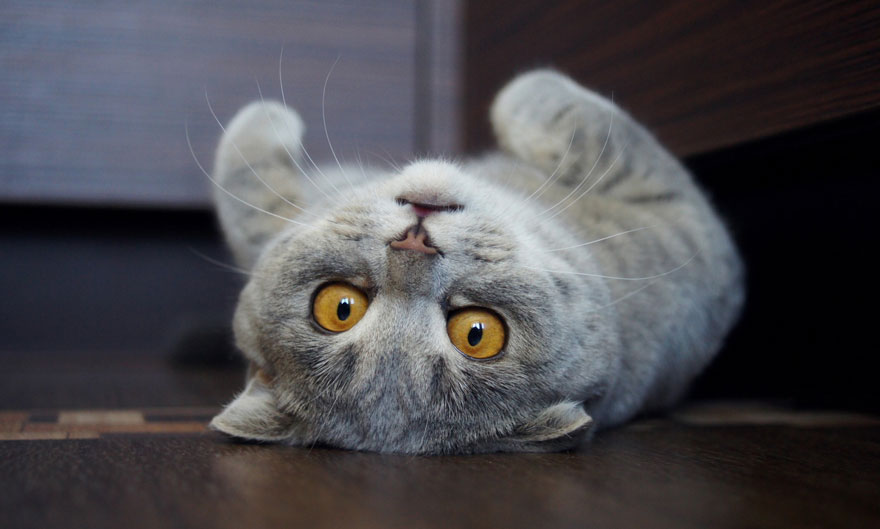