Meanwhile, over at Oregon Zoo, an outtake from ‘The Lion King’ is being reenacted. Or possibly ‘Long Lost Family’, featuring a particularly grumpy dad.

Yes, this was the very first meeting between African lion cub triplets Kamali, Zalika and Angalia and their father, Zawadi Mungu. 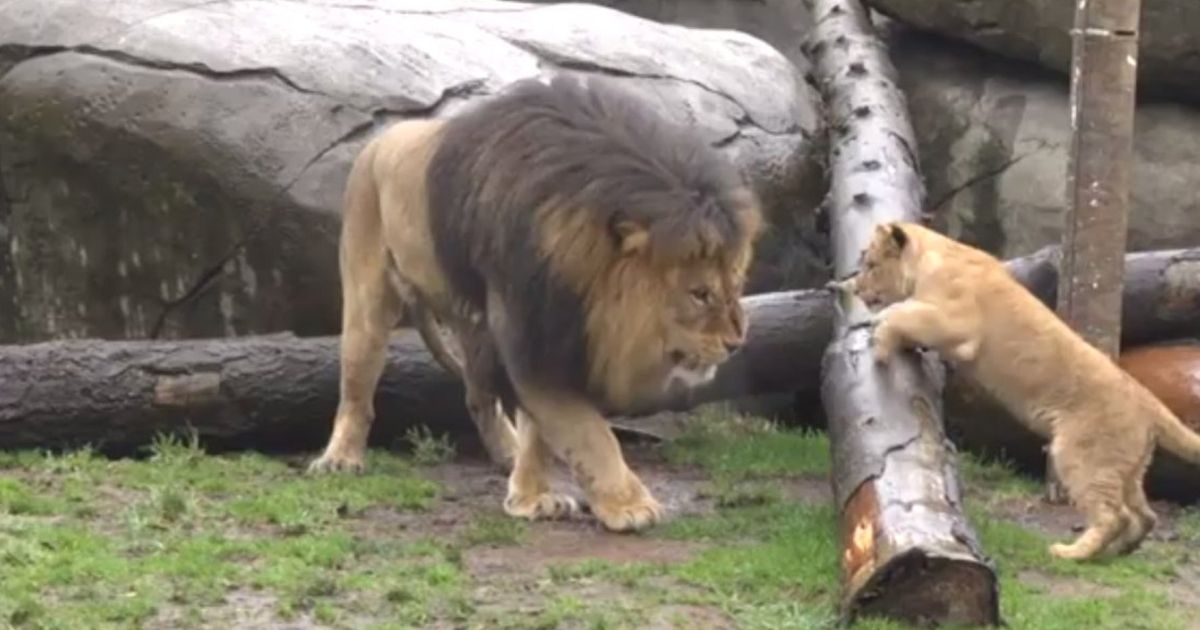 “We were confident that Zawadi would be tolerant of his cubs right away, and we’re glad we were right because the cubs rushed him as soon as they saw him,” said keeper Laura Weiner. “At first he was surprised but as time passed he grew more patient. A few days later, he was grooming them.”